It's been a long, at times difficult, but always enlightening journey, and I am happy to say that we are in the homestretch. We are in the final stages of editing, assembling b-roll, music, sound-mixing, and perhaps most exciting... finalizing the animated sequences.

Here are all the starring characters (never seen before except for Wertham!): 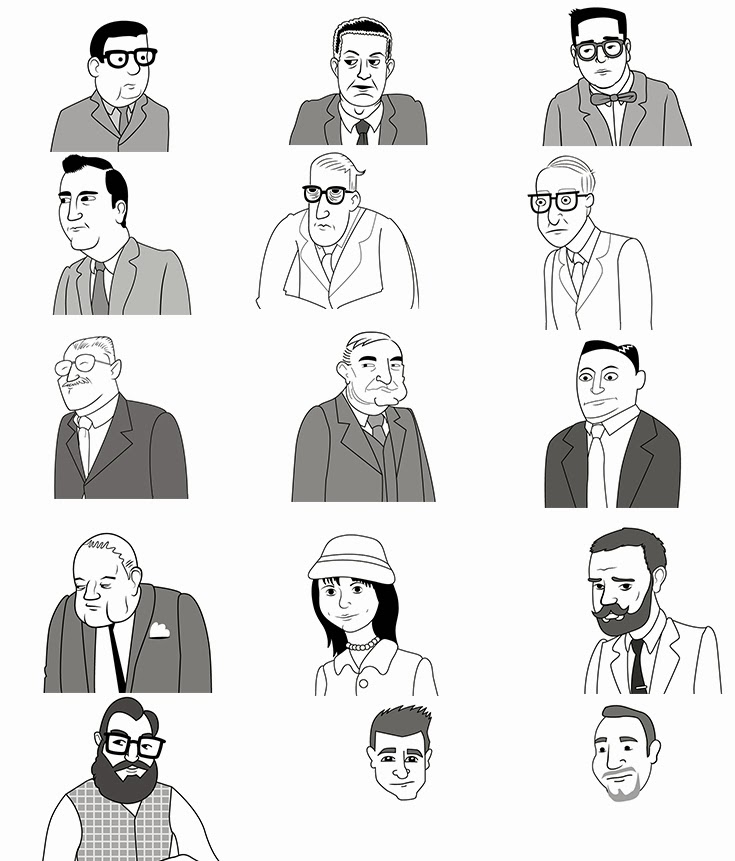 My previous documentary took 18 months to make. The one before that, three years. With De Luxe, my last film, I wrote the narrative structure through voice-over. As you may or may not know, that makes creating and controlling the production of a documentary far easier, than say, a cinema verité documentary or one completely constructed through interviews. The latter is how Diagram for Delinquents is built. This is not often done for historical films, so it's been challenging.

It's a film that spans decades and involved traveling the country gathering the key players and experts on the story. It was a story that was developing as we made it. And, as you amass interviews and build a narrative, one inevitably finds holes that must be filled. If I were writing narration, problem solved... Give me ten minutes and I can write and record the missing piece. With the way this film is made it means you have to go back out and find the expert who can fill that hole. And that takes time and money. I appreciate your patience in allowing me to make as complete a picture (that the length of a film can allow) I can for this unique period of American history.

For this update I present to you the first completed part of the film I have released publicly. All clips in the past were simply put together as promotional pieces in an effort to share some of the interviews and materials I had gathered. This segment comes right from the completed film.

This clip is our first formal introduction of Dr. Fredric Wertham. 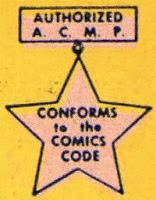 I hope you enjoy this excerpt. As for me I am jumping headlong back into editing to finish this up. Fortunately the semester is ending and I can dedicate all my time to completing the film.